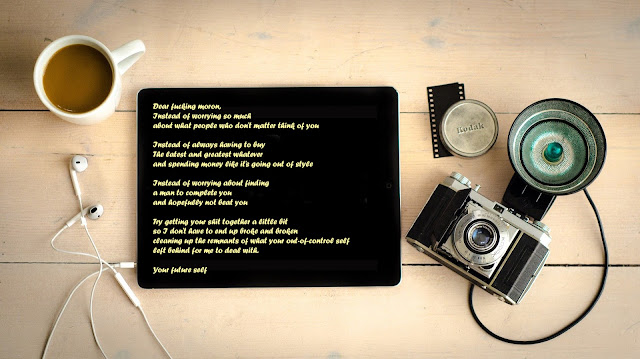 The text follows in case you're on mobile

Dear fucking moron,
Instead of worrying so much
about what people who don't matter think of you

NaPoWriMo: Make a walking archive
I didn't exactly do that. I found an image with a bunch of stuff in it that worked.