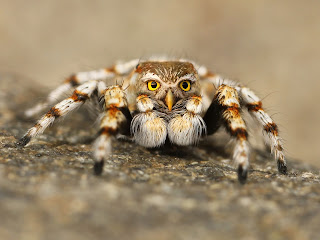 Image by Sarah Richter from Pixabay

Night owl
working all night long
night after night
far into the wee hours of the night
burning the midnight oil
burning the candle at both ends
never getting ten winks
let alone forty
night after night
going in for a night's work
running on fumes
an hour or two of sleep
"I'll sleep when I'm dead," she said
but then in the dead of night
at the witching hour
as she was walking her rounds
she saw a thing that wasn't right
any time of the day or night
the night owl that needed to call it a day
looking into the face of something
that wasn't really there
or was it?
She supposed she didn't really want to know.

Notes:
The prompt for the fourth day of the November PAD Chapbook Challenge was Night _____.
I wasn't sure what to write, and then I found that picture.
I worked as the night emergency contact person in a retirement community for close to ten of the eleven years that I was employed by the community. I was well-suited to night shifts because I don't sleep well at night. Then again, the whole bipolar disorder/add thing ensures that I don't sleep well at all a lot of the time. Also, working night shift jacks up a person's circadian rhythms. Plus, I had obligations during the day. Sometimes I'd work several nights in a row sleeping only an hour or two before coming back to work.
If I did this for long enough, I would start hallucinating. It was harmless things, like seeing a penguin in the hall or a seagull flying through the building. Were these things imagined, or was I looking into another world? I don't really know, but I do know that it was an indication that I really needed to sleep.