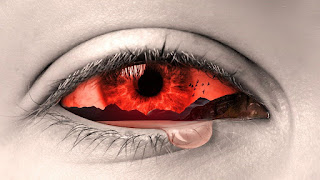 Image by vishnu vijayan from Pixabay

A Shadorma for Gerry from Pepper

Note:
Today's November PAD Chapbook Challenge was to write a myth poem. It didn't have to be about an established myth. I wrote another Fetch story poem.

Gerry Clifford, the story's male protagonist, came from a working-class background and became a successful and well-paid musician. He never thought of himself as a rock star and made a point not to indulge in "rock star" attitudes.

Pepper Baiij, the story's female protagonist, is a troubled woman whose family always wanted to be wealthy and instilled the belief in her that if you are anything but a member of high society, you are nothing. Pepper believes herself to be fatally flawed and can't understand how Gerry could feel anything but disdain for her.

Gerry sees himself as a very simple person and can't imagine why anyone would take the least bit of interest in him outside of his skill set. To Pepper, Gerry is a legend and impossibly high above her.

The image references another part of the story. Pepper and Gerry met previously in an ill-fated lifetime on a dying planet where she was a powerless princess of a ruthless dictatorship ruled over by her brutal older half-brother and Gerry was a lowly thief captured by said half-brother and presented to the princess as a replacement for the bodyguard her brother killed in a fit of rage. This gesture was intended as a jest on the part of the king, but the princess accepted the diminutive, elven thief as her new bodyguard and the pair formed a powerful though ultimately ill-fated bond.
- November 19, 2019
Email ThisBlogThis!Share to TwitterShare to FacebookShare to Pinterest
Labels: Fetch, Gerry Clifford, King Qweh, non-rhyming poems, November PAD Chapbook Challenge, Pepper Baiij, Pepper loves Gerry, Princess Ondina, reincarnation, Serab the Thief, Shadorma, story poems, Zetar