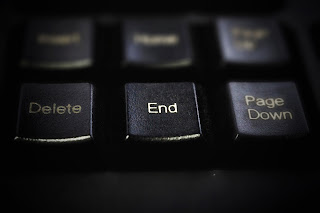 I think it's time for me to wrap up the Naughty Netherworld Press project, at least for a while. I'm not really having fun with it anymore. I started writing the Carnal Invasion stories last summer in hopes of making a little money to fund the projects I truly love, but time is money, and I'm spending too much time making too little money on this project.

It will sound odd, but writing smut is fun, even when you have the libido of roadkill, as I do. I have no interest in even the most vanilla of liaisons, let alone participating in the sort of wild group encounters that my characters get up to. A lot of people have the idea that those who write erotica type with one hand while their other hand is stuffed into their skivvies. I don't know about anyone else who writes erotica, but for me, nothing could be further from the truth. In fact, writing over-the-top sex scenes tends to numb me to feeling the least bit of a tingle in that department.

I never thought that the Carnal Invasion books were high art by any means. They were meant to be dumb fun. But they've kind of taken over my entire creative time allotment. I review books and I write my own stuff. Currently, the book reviews are where I'm making money (such as it is) and I rather doubt that I will ever make very much money off my own writing. So, the writing I do might as well be the stuff I really love rather than the stuff that was supposed to make money so I could do the stuff I really love.

I can't write the type of erotica that seems to sell: alpha male billionaire werewolves or what the hell ever. The "alpha male" type never was my cup of tea or coffee, and it's boring for me to write about people with porn star bodies. I like writing about the kinds of people that no-one usually notices. Skinny little dudes, big bodacious babes, big burly bears, tall and lanky ladies, those kinds of people are more my jam. I tend to like my men and ladies to be on an even keel. And, oddly enough, even though I'm heterosexual I have an easier time writing gay or lesbian erotica than I do writing the straight variety.

It took trying NaNoWriMo one last time and finally admitting how much I hate doing it to finally let myself make a decision I'd been considering for several months but felt guilty about enacting. Writing Castle Necros was fun, and I want to continue the Manzanar story, which, in fact, contained very little erotica. So, the Naughty Netherworld Press project is on either temporary or permanent hiatus, but I will still be around. Sorry, Haters--not sorry.

To put it another way, it was starting to feel like I was trying to be Li'l Kim when I'm much more Queen Latifah. When it comes to rapping, I'm not either one. I couldn't rap to save my life. I think both of them would say that I need to be true to myself. So, I'm going back to writing horror/sci-fi with a twist of Weird and a generous sprinkling of humor.