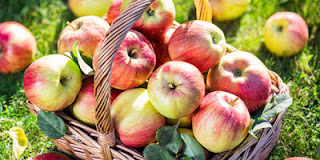 baskets in a row
overflowing with apples
on one a sweater
was it my mother's or mine?
Dad goes on picking apples 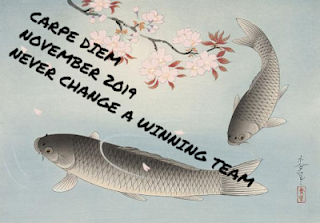 When I was writing my Ageku, I was remembering my childhood in New Mexico between the ages of four and ten.

It wasn't idyllic by any means. We were very poor. But we did have a half-acre of land, and we had chickens and fruit trees and we grew corn and beans.

I knew I was weird and different from a very young age. These days doctors would probably put me on Ritalin and antidepressants. One did try to put me on phenobarbitol when I was a year and a half old because I didn't sleep for crap. My mother said it had the opposite effect and I was awake for three days straight.

It probably put me into a manic state. It may even have been what triggered the onset of my bipolar disorder. Any doctor who would instruct a parent to give phenobarbitol to a child needs a damn good whacking, and nothing will change my mind about that.
- November 04, 2019
Email ThisBlogThis!Share to TwitterShare to FacebookShare to Pinterest
Labels: bad medicine, bipolar disorder, Carpe Deim Haiku, Cie's family, creative and mentally ill, gone but never forgotten, have you seen my childhood, New Mexico, renga with Jane Reichhold, tan renga