What Pegman Saw: Jimmy Sundown: Tinkering in the Florida Keys

After the long tour, we headed to Frank’s home in the Middle Torch Key. He wanted to take Art to the music store in town, and I told them to go.

“You sure you’ll be okay flyin’ solo, Katy?” a concerned Art inquired.

“Yes, Uncle Art,” I reassured him. “This is why Frank hired me.”

Art smiled and handed me a big plastic bucket full of building blocks.

“Jimmy likes to tinker,” he told me. 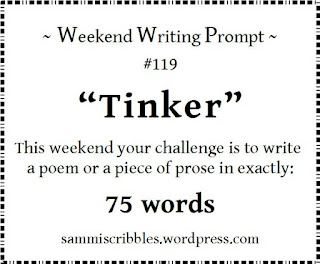 Notes:
The Pegman flash stories are usually 150 words. I cut this one in half to accommodate the "tinker" prompt, which I liked for this bit.
Jimmy Sundown is a Team Netherworld WIP based on an idea by team member Nikki Lee. Katy Vincent is a young travel nurse with a troubled past who is hired by Frank Michaels, a millennial blues revivalist, to care for his ailing great-uncle Jimmy.
Fraternal twin brothers Arthur and James Gibson were big on the Florida blues-rock scene during the latter part of the 20th century. Jimmy's health problems forced them into retirement after the turn of the century.
Katy is honored to care for a legend from a musical genre which she loves but deeply saddened to watch a brilliant mind being erased by a devastating illness.
- August 17, 2019
Email ThisBlogThis!Share to TwitterShare to FacebookShare to Pinterest
Labels: Art Gibson, brotherly love, brotp, Frank Michaels, fuck you dementia, i've got the blues for the blues, Jimmy Gibson, Jimmy Sundown, Katy Vincent, weekend writing prompt, What Pegman Saw, writing prompts