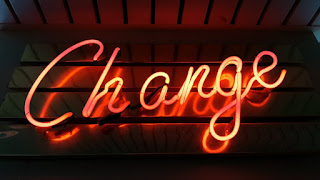 Content Warning: Adult themes. Although this post contains no explicit depictions of sex, it does contain a brief mention of female genitalia using medically accurate terminology and a brief allusion to a sex act. If you find such material offensive, please do not read this post.

Raakel walked into the abandoned hospital building and down a flight of stairs to the basement. She wasn't really sure where she was going, but she felt that she had plenty of time to explore.

Although the basement was dark, Raakel could see everything. She looked in the employee break room and in the women's and men's locker areas, wondering exactly what she expected to find.

One of the men had taped a pornographic picture in his locker. A young Caucasian woman with bleached blonde hair and a heavily made-up face sat in a chair, her legs spread wide, leaving nothing to the imagination. Her left leg draped over the arm of the chair. One finger of her left hand covered her clitoris, pointing at her vaginal opening with a red-lacquered nail, while she sucked the index finger of her right hand with pouty scarlet lips, simulating fellatio. Her half-closed eyes with the smoky lids and overdone false eyelashes regarded the camera with an expression of mock desire.

Raakel felt a sudden surge of rage as every incident of rejection she had ever experienced came flooding back. She tore the poster out of the locker and threw it on the floor. She hated to admit the ugly truth even to herself: she secretly despised women who agreed to pose for such pictures because they made things all the more difficult for ordinary women. Men had unrealistic expectations of women as it was, the sluts who posed for pictures like this only heightened those expectations that women should be sex dolls with perfect bodies, spending each and every waking moment dedicating themselves to pleasing their masters.

As a feminist, Raakel realized that the women posing for the pictures were not necessarily doing so because they truly wished to and that the pictures were altered to remove any perceived imperfections the model might possess, such as scars, blemishes, stretch marks, cellulite, or fat rolls. The woman in the poster she'd torn down might well have agreed to pose for the picture so she could make the rent money. She may even have had children whom she needed to provide for. She really wasn't the one to blame. Raakel hated the ugly secret prejudice she harbored and resolved to be kinder.

"We can't make a change by blaming women," Raakel reminded herself. "We need to start holding men responsible for their half-baked, impossible, and frankly ridiculous beliefs about what women are supposed to be."

"Some men are certainly pigs."

Raakel gave a start and gasped with surprise. A diminutive older man wearing a blue jacket, dark gray cargo pants, worker's shoes, and a knit cap stood before a doorway. Shaggy gray-brown hair poked out from beneath the cap, forming a veil over the man's eyes and brushing his collar. There was an orange neon sign above the door spelling out the word "change."

"My name is Vespasian Adomaitis," the man introduced himself.

"I'm Raakel Viborg. You have my attention," Raakel replied, feeling foolish the instant she said it.

The man smiled and gave a nervous chuckle.

"Oh, well, good! Always better to have another's attention when you have something to say, don't you find? Please, come in, won't you? I'll fix us a cup of tea."

Notes:
This is a chapter from Team Netherworld's sadly neglected WIP, Ugly, which is part of The Yadira Chronicles. It is the story of Raakel Viborg, an Upir, and her companion, Vespasian Adomaitis. We haven't quite decided what Vespasian is yet. He could be an angel, a ghost, or some sort of revenant, including an Upir. It's still up in the air.
- July 27, 2019
Email ThisBlogThis!Share to TwitterShare to FacebookShare to Pinterest
Labels: exploitation of women, feminism, imprompt, insecurity, quartets, Raakel Viborg, ragtag community prompt, so prompt, Vespasian Adomaitis, Word of the Day Challenge, writing prompts