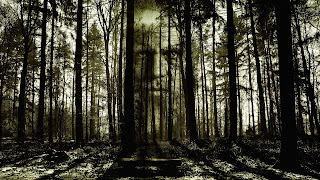 Image by Gerd Altmann from Pixabay

“You said you would be mine forever, David. You promised.”

No-one but the sea birds heard the words that Udane Valentino spoke. She felt foolish, nonetheless. Her remarks were meant for David Weven, the man who had built the house on the sea cliffs in 1945 after returning from the war. At that time, he was 21 years of age.

Udane was able to purchase the impressive house, known as the Osprey Cliff Castle, at the unheard-of price of $113,000 because it was said to be haunted by David’s spirit, and he was not particularly amenable to sharing his living quarters. The last owner had run screaming from the house on January 1, 1970, thirty-five years before Udane’s arrival.

Udane spoke to the house’s previous owner when she was considering purchasing the property. The woman, whose name was Yann Fabre, was 104 years old and frail. She was a French immigrant who arrived in New York with her husband the same year that David Weven returned from combat. She and her husband worked hard and eventually opened a bed and breakfast outside of Portland, Maine, in 1960.

Yann was a resident of the Elysian Fields Retirement Home in the little town of Elysium, the place David Weven called home as a boy and the place he later chose to build his lonely castle atop the Osprey Cliffs. Yann remained in Elysium despite her horrific experience in the house because the town offered a peaceful atmosphere even if the Osprey Cliff Castle had an unquiet spectral resident. She had sold her beloved bed and breakfast following the death of her husband.

“My Tafi—it was short for Tafadzwa—we meet on the ship,” she said. “His family was from Zimbabwe. They come to live in France when Tafi is twelve. His father is a merchant. Tafi become a citizen of France and fights in the war. In the war, he loses his family. He wishes to go from where there is such pain. We enjoy so much one another’s company that we never again part. In France, it is not such a startling thing for one with light skin to wed with someone dark, but in this country, such trouble we encounter!"

Prompt Used:
I Dare You to Write

Notes:
The challenge was to take an old piece and rewrite it. This wasn't so much a rewrite as an edit, but the piece changed significantly.
This was a story seed that Carrie, Rose and I came up with shortly after Christmas 2013. We never really went anywhere with it beyond this point. I'm pretty sure the inspiration behind the story was this song by Emerson, Lake, and Palmer.


Rest in peace, Greg (10 November 1947 - 7 December 2016)
I hope I won't be misinterpreted, but I do think there's truth to the saying that music was better when ugly people were making it. Not that I think that Greg Lake was ugly by any means, but his focus was clearly the music, not his image, and that's the way it should be.
- July 12, 2019
Email ThisBlogThis!Share to TwitterShare to FacebookShare to Pinterest
Labels: ghost stories, gone but never forgotten, haunted house, i dare you to write, love gone wrong, music videos, suicide, The Yadira Chronicles, unquiet spirit, writing exercises, writing prompts