Insecure Writers Support Group Book Club Question: During Which Season Are You Most Inspired to Read and Write? 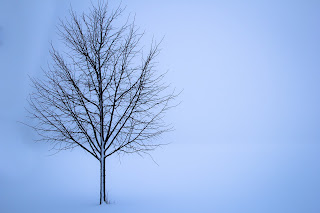 Image by Henning Sørby from Pixabay

The Insecure Writers Support Group Book Club posted this question:
During which season of the year are you most inspired to read and write?

My response:
Autumn and winter. I have horrific spring depression, and I tend to have a lot of extracurricular activities which take me away from my normal schedule in the summer.

I'm always a bit amused by the responses I get when I reveal that I have spring depression and gloomy winter days don't bother me much.
"But how can you be deepressed in the spring when everything is so preeety, and young people's fancies turn to Lurve????"
The part of my brain responsible for the physical aspect of my bipolar disorder doesn't see pretty. I theorize that it becomes aware of changes in light which it doesn't like and which make me feel like a lonely ghost haunting a mausoleum. The pretty flowers make this part of my brain think of flowers on a grave. I often dream of cemeteries at this time of year.
As for young folks' fancies turning to Twoo Wuv, have you read my poetry? Does it seem like that shit has worked out for me, like, at all, other than to be a complete and utter thermonuclear holocaust? It's kind of like saying "but why don't you like having a railroad spike driven into your chest? What's wrong with you?"
Twoo Wuv doesn't work out for everyone. End of.
- July 27, 2019
Email ThisBlogThis!Share to TwitterShare to FacebookShare to Pinterest
Labels: depression, insecure writers support group, love stinks, writing