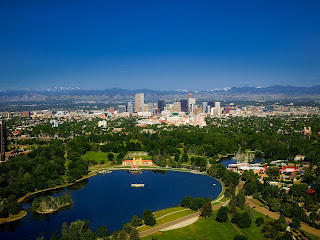 Image by David Mark from Pixabay

far, far away--
i make a new life happen
i will still see you 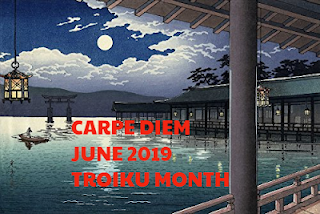 Notes:
The Sleigh portion of the Troiku was created by Santoka Taneda (3 December 1882 - 11 October 1940). The three "horses" were created by me.
I was born in Denver, Colorado on 15 February 1965. My parents were actually living in Laramie, Wyoming at the time. I was born in the middle of a blizzard at 6 A.M. and have caused nothing but trouble ever since.
After my brother was born on 17 March 1969, my parents moved to Albuquerque, New Mexico so my father could finish his doctorate. We lived in a rundown house in a bad part of town. There were fire ants, black widow spiders, and cockroaches the size of school buses. However, we had a half acre of land and were allowed to have chickens. We planted corn and beans. There were horned toads and skinks. The neighbor had pheasants and bees. He was an okay guy who pretty much kept to himself. His wife was a fire-and-brimstone Fundamentalist who called me a filthy slut for taking my shirt off on a hot day. I was four years old at the time.
A New Mexico accent is similar to a Texas accent, and when we moved back to Colorado when I was ten years old, all the other kids ridiculed the way I talked. I was already shy, and this led to me becoming even more withdrawn. I always hated school. I was never well-liked or anything even in the same zip code as popular. To this day, I still hate the sound of my own voice and I hate when people ask the innocent question of "where are you from?" My knee-jerk reaction is to answer "Mars," because I've never felt like I belonged on this planet.
Many, many years later, I live in the suburbs of Denver, but it costs too much to keep living there. Denver is one of those cities whose working classes can't afford to live there. A condo or small townhouse in Denver costs around $250,000, and then the owner still has to pay HOA fees which average $600 per month in the Denver area. The average salary for someone in the working classes in the Denver area is $12 per hour. See how that doesn't add up?
For someone who is disabled, things are even worse. There is a waiting list to even be considered for subsidized housing. The homeless population is growing by leaps and bounds. Even a modest apartment is out of reach for people in the working class.
Thus, people in the working class are moving out of cities like Denver to rural areas. If they continue working in Denver, they have a long commute. If they are unable to continue working, they end up on the dole.
My son and I are moving to Grover, which is approximately 110 miles northeast of Denver. He has a modest amount of money being given to him by his father following the sale of farmland. This money allows for the purchase of a six-bedroom historic hotel and renovations on said structure. Property taxes in this area are low. The average person living in this area falls below the median income for the state and many fall below the poverty line. My son and I are among the people who fall below the poverty line. We are both disabled and neither of us can work conventional jobs.
Moving to this place is a risk but also an opportunity.
It is also our last hope.
Here's to Grover, my last stop on the journey, and possibly the first place I'll truly feel I can call home.
Join us for updates and other curiosities at the Good Stuff From Grover site!