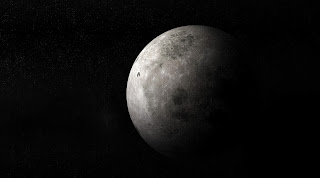 Image by PIRO4D from Pixabay

Note for the folks visiting from Mindlovemisery's Menagerie:

I am so sorry. I am a flaming idiot on the best of days, and this has been a very stressful week. My brain, which only works half as well as a rotting pinto bean even at optimal strength, has been unable to follow instructions for the last two prompts I have been involved with. I utilized personification in my piece (the darkness) but completely neglected the prompt about the flood. Please feel free to give my piece a miss. Sorry for the raging moron moment. 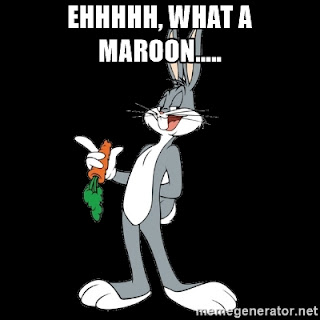 When Linus finally crept into the barracks, his whole body ached. It had been a tremendously long day. The lanky soldier overflowed the standard sized cots with his six-foot-five-inch tall body. He always had to draw his legs up towards his chest to fit into the uncomfortable bed.

Linus considered the possibility of taking his little tube of liniment to the privy and rubbing it onto his sore knees, but sleep overtook him before he had a chance to act on his thought. The darkness wrapped around him like a heavy blanket, and his spirit floated above his body.

Linus sat down on the edge of the bed. The interior of the barracks became a surreal film noir. The door opened and closed silently. A lithe figure moved slowly across the floor, his feet making whispered pats, his eyes glowing red like coals.

Linus withdrew towards his body, hoping to make himself wake up. He really didn’t need this fuckery. He hoped that he wouldn’t scream. His bunk buddies teased him mercilessly about his tendency to nightmares. He really didn’t want to add fuel to the fire, not tonight.

Soon, however, Linus found himself aroused rather than afraid. As the moon shone through the window, the spectral figure was revealed to be Ahmose, and although he was evidently something otherworldly, he was seeking a companion rather than a victim.

“Ahmose, you can’t be in here,” Linus warned.

“They can’t see us, we’re asleep,” Ahmose retorted as he straddled Linus’ lap.

Red tears ran down the beautiful little man’s face. Linus wiped them away. Ahmose opened his mouth slightly and Linus could see the tips of his fangs.

“You know you don’t need to hypnotize me,” Linus stated, running his fingers through Ahmose’s silky black hair.

Notes:
This 296-word snippet is an excerpt from Naughty Netherworld Press' forthcoming release Caged Birds, due out on July 4, 2019, and available only from Kindle.
In this 13th installment of the Carnal Invasion series, 104-year-old Japanese-American vampire Ahmose Ike, his boyfriend Bernie Jaskolski (a 24-year-old vampire), second cousin Gregory Inoue (a 99-year-old vampire) and nemesis Mondo Katou (a 112-year-old vampire) have traveled through a wormhole taking them back to Manzanar, the internment camp where Ahmose, Gregory, and Katou were imprisoned during the early 1940s.
The group encounters Private Linus Honeycutt, who is the previous incarnation of Bernie Jaskolski. Ahmose and Linus fell in love during their time at Manzanar. The group arrives approximately a month prior to Ahmose and Linus' first meeting.
Ahmose explains as well as he can to Linus what is going on, then compels him to suppress the memory of their premature meeting. However, Linus' memories are triggered after he and Ahmose meet at the appropriate point on their timeline. At this point, Ahmose is not a vampire, but Linus dreams of him as such. The dreams magnify the regret that Ahmose felt at not being able to warn Linus when the attack that will end his life will occur.

Our most recent book: