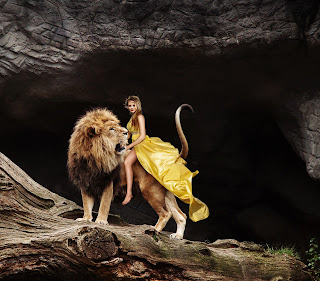 A Lion for Strength

For those folks who are kind enough to care, I don't want you to worry. I've not gotten to moderating comments yet and am about to go make an approximately 220-mile round trip, so I will get to that later.
Yesterday I was having a really bad day after getting a rejection notice about my poems. I don't know why I'm craving validation so much. I shouldn't be like that. I'm planning to publish some of my poems into a book, so why can't I just say "fuck it" and move on? I know I'm never going to appeal to the mainstream. Fuck the mainstream. They like garbage like "Twilight" and "50 Shades of This is the Unsexiest Shit I Ever Read."
This is something I'm still working on. I don't trust "mental health professionals." Most of them don't really want to help people, they want to make people compliant, to turn the square pegs into round pegs or at least convince them that they need to behave like round pegs. Some are better than others but ain't nobody got time for that shit. Overall, messy though it may be, I've done better figuring things out on my own.
For the folks who have shown compassion and caring and who check in with me frequently, I appreciate you more than I can say. I will be back later tonight.