The Bitch is Back 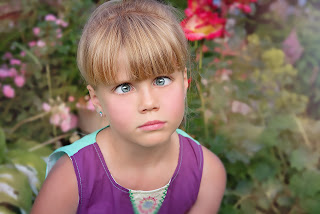 All right, you've all met my wounded inner child and I had a day where I crashed and burned. As I said, I do not do well with confrontation. However, I bounce back more quickly than I used to, and today, the bitch is back. Now, meet my sassy inner child and my asshole super-ego.
I had made the decision to stop participating in the Poems in April prompts, but I rescind that decision at this point. I had an absolutely odious interaction with one individual, which is what caused my meltdown. I don't tolerate being patronized or told that my truth is a fabrication.
The preceding statement remains true. But overall, my interactions with people from this link-up have been super positive, and I'm not going to allow, as Inspector Tom Barnaby would say, a barney with a person whose condescension towards me caused my temper to go nova to stop me from making positive connections.
Around these parts, the heart and soul take precedence over credentials every time. I honestly don't give a flying flea-bitten fuck in hell what your credentials are. I care about who you are and how you treat others. I don't care if you have a Doctorate in Everything or if you dropped out of kindergarten. A fuck I don't give.

Look, obviously it's pretty impressive if you managed to get a Doctorate in Everything or even a Doctorate in Anything. Or a Master's. Or a Bachelors. Or an Associate's Degree. Or even if you managed to graduate high school. Or if you got a GED. Credentials mean you worked through a program, and the higher the program, one assumes the more knowledge you obtained. It still doesn't make your thoughts any more important than the thoughts of people who have not obtained the level of certification that you have.
I care about your heart. I care about your soul. I give not one single fuck about your credentials. Do not expend your energy bragging about your credentials to me. I probably care more about the ingredient list on my bottle of cold brew coffee from Stok. Coffee. Almond milk. Cane sugar. Chocolate syrup. The good stuff!
Unless you are performing a service for me where credentials are important (i.e. I don't want you operating on me unless you are an actual surgeon) please reserve your bragging about your credentials to your own damn space. Nobody here cares.
That being said, I am not going to allow a thoroughly odious interaction with one person stop me from forming connections with the vastly greater number of good and supportive people. They have shown me their support, and I want to do the same for them.
In the future, to prevent another donnybrook, I will refrain from interacting with the individual who lit my fuse in the first place. I may possess the soul of a ten-year-old child (I learn best by playing games and I have a collection of several hundred stuffed animals) but I am capable of behaving like a civilized adult. With people I don't get on with, I find the best course of action is to forego communication with said individual. Unless they insist on poking the bear, the problem should be solved.
Here's Twisted Sister to tell it like it is.
As one commenter said, I've never seen anyone so angry about carrots.
The disobedient son in the video is played by the video director's son. The angry dad is played by Mark "Douglas C. Neidermeyer" Metcalf.