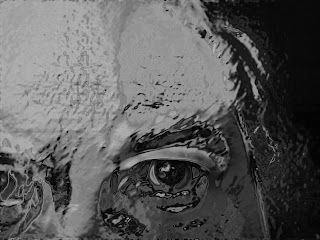 So, you want to know about me.
My truth will make you uncomfortable. You may end up thinking that I’m lying because surely in modern society, nobody could be allowed to fall through the cracks that much. But you asked, and so I’ll answer as briefly as possible.
I was born in 1965 in Denver, Colorado to a doctoral student in literature who had once wished to travel the country like his hero, Jack Kerouac, and his wife, a former nurse with a degree in fine arts.
My parents had abandoned the church but returned to it when I was seven years old. My then-three-year-old brother and I were baptized and became Catholic.
My bipolar disorder onset when I hit puberty, and I was always misunderstood.
I am fifty-four years old and live in poverty.

By the way, I do write flash fictions in Haibun form because I like to.
Come at me!
The ending verse was inspired by a quote from the character John River, portrayed by the brilliant Swedish actor Stellan Skarsgard.

In this world, no-one can be different or strange or damaged, or they lock you up.
--John River