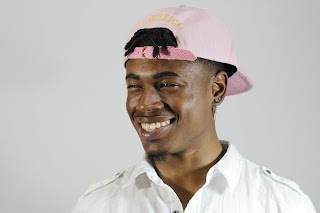 Image by wtfisupbreeze from Pixabay

When "Hollerin'" Ezekiel Alexander Holleran arrived, he was grinning from ear to ear. He put an arm around Sally, unaware of her rapidly reddening face as he gave her a chummy hug.
"Dracula capes, Sal?" Zeke inquired. "I love it! And I have just the thing to sit on Mosh's keyboard. Does this thing have a creepy Halloween vibe or what?"
Zeke reached into the bag he was carrying and pulled out a strange carved flower, the center of which had been replaced with a tiny, malevolent skull. 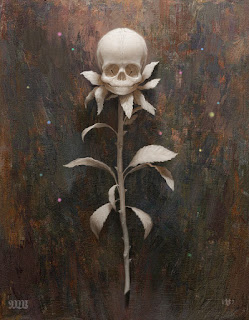 
"Did you and Sally hatch from the same messed-up alien egg, Z?" Jason demanded. "Or do you both just shop in the Creepy aisle at the Antiques for Weirdos Warehouse? Show him that thing you got, Sal."
"Li'l Sugar isn't creepy, you weenie!" Sally retorted. "She's cute. Ozzy isn't afraid of her at all. What do you think of her, Zeke?"
"Cool, cool!" Zeke praised, nodding. "I think maybe Li'l Sugar's just a bit misunderstood, just like Skully Boy here."
Zeke waved the bizarre carving at Jason and chuckled.
"Get that freaky flower out of my face, Zeke the Geek," Jason admonished. "So, tell me, do you happen to have a Dracula cape hanging in your Closet of Geeky Juju at home, or should we all go see if we can rent capes from the costume shop?"
"If worse comes to worse, we can just buy some black fabric and make our own capes," Mosher suggested.
"Nah, I at least want something with style," Zeke countered. "Skatepunk Jason probably has at least two black trenchcoats in his closet of Skater Boi Stylin'. If we can't do capes, we'll do trenchcoats."
"You freaks will probably give the audience the impression that you're flashers," Jen countered. "I like Sally's cape idea better. Come on, let's go to the costume store while there's still a chance they might have five capes left."
"Doesn't Sally need a cape too?" Zeke asked.
"Sally's going to wear her weird Spongebob Squarepants trunks for her magic show," Jason replied.
"Oh, right! Hey, that's pretty cool! It's kinda like...kinda like Reese Witherspoon playing Spongebob," Zeke mused. "Like, Legally Spongebob."
"Wait for me, Guys, I need to change real quick," Sally gasped in a voice that sounded like she'd inhaled helium, prompting Jason to ask her if she'd choked on her own spit like a genius.
Sally flipped the bird at her brother and hurried into the house before Zeke could see that her face had gone crimson.
"She's toast," Mosher said knowingly to Jen, the only other one in the group who seemed to be aware of Sally's Jupiter-sized crush on Zeke.
"He's clueless," Jen muttered back.
Zeke, Jason, and Dave were busy looking for a vase to place Skully Boy in. Finding nothing suitably creepy, they decided to look for a few campy props while hoping to score five capes in time for their show.
When Sally reappeared, the sextet headed towards town, full of excited expectations and lofty plans.

The Real Cie
with
Gem Moondreamer