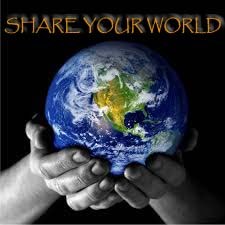 Here are some questions I've answered for Share Your World. You can read them if you want. Or not, if you don't want. No skin off my nose either way.


What is the best pick me up that you know of?  To shake you out of the blues? 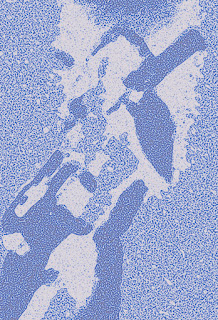 The Blue Garage
Photoshop Image by The Real Cie

How about the blues? The blues is a goddamn art form! That shitty way I feel when my soul starts crashing in on itself and I feel like I'm lying dead at the bottom of a scummy trench? I think that shit should be called "the gray-green death bile from hell." But that's too long to say readily.
Here is a poem which Pepper, the main female protagonist in Team Netherworld's long-running WIP, Fetch, wrote for her beloved Gerry, the Fetch referred to in the story's title. I think it's kind of a poem about having the blues for the blues.

What would be the title of your memoir?
Dark Days: Biography of a Self-Professed Cynic

Where do you like to go when you eat out?
Somewhere cheap where the food tastes good and I'll be served quickly.

Do you believe in luck?
Gratitude Question:

Aside from necessities, what is one thing you couldn’t go a day without?
My son

I referenced my own work in this post, which for some reason makes me see the need to mention that I plan to participate in NaPoWriMo in April as I've done every year for the past several years. I'm also planning to participate in Camp NaNoWriMo. I might try to participate in the A to Z blogging challenge if it doesn't turn out to be too muckin' fuch. I haven't decided yet if my participation will be official or unofficial.
- March 28, 2019
Email ThisBlogThis!Share to TwitterShare to FacebookShare to Pinterest
Labels: Cie's family, cie's favorite people, cie's personal crap, Fetch, fuck you dementia, memes, music videos, Share Your World, Team Netherworld Creations, writing prompts