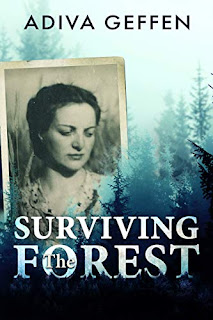 I recently watched Downfall, a movie which depicts the last days of Hitler and his comrades while confined to a bunker as Berlin falls around them. I remarked to my son that watching this movie was like watching a video filmed in the bunker itself. It was that realistic.
This book has a similar feel.
From the idyllic days of Shurka's childhood to the troubled times which come to her small village to the horrifying devastation when the Nazis bring their efforts to exterminate the Jews to Shurka's home, I felt as if I was right there with Shurka and her family.
While reading of the atrocities committed by one human being on another, part of me wants to believe that the Holocaust was a nightmare, a work of fiction, anything but reality. However, one cannot allow oneself to turn a blind eye. Nationalism is a dangerous mindset. One must always be critical of one's government and officials and never become entrapped in any sort of extremist ideology.
I wept openly while reading this book. It is a tremendously powerful work. The writing style is easy to read while not being overly simplistic. There are a few minor grammatical and punctuation issues, but no flaws in the storytelling itself.
I feel that this book could be an excellent addition to a course on the history of World War II. Seeing the events of the time through the eyes of a sympathetic character would encourage students to develop empathy for those who lived through the horrors of the Holocaust rather than simply memorizing dates and military data.
The events of the Holocaust must never be forgotten. This is is a very important story. I recommend it wholeheartedly.