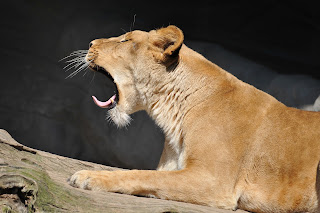 Image by Baerenfein on Pixabay

I've had it suggested to me more than once that I should "just" take my clerical skills and get a nice, normal, forty-hour-a-week, nine-to-five job, and that the only reason I'm "just sitting home pretending to be a writer" is that I'm "just lazy."
Well...
I've talked about my mental health issues and many of my physical health issues. Let me talk about a certain component of my physical issues. That component is fibromyalgia.
Here is the Wikipedia entry describing fibromyalgia.
Here is a post about what fibromyalgia is not.
Here is my reply to that post.
I don't really mind when someone jokingly calls me crazy for not wearing more than a light jacket in cold weather. I do mind when people imply that I should "just get over" the issues I live with. Say, that's a great idea! Wish I'd thought of it!
I didn't know that fibromyalgia can cause temperature dysregulation. I've said before that I don't know if I have "true" fibromyalgia or if I simply have similar symptoms because of my endocrine problems. I've been diagnosed with fibromyalgia twice, but there are a few differences between what I experience and what a lot of fibromyalgia sufferers seem to experience. For one thing, I have never experienced extreme pain. I experience chronic low-grade widespread pain and have since I hit puberty. Also, when I do something which causes muscle fatigue, what takes a normal person a day or two to get over takes me about a week to recover from, and I feel like I've been beaten with a baseball bat the entire time.
As far as the temperature dysregulation, I overheat easily. This is why I don't wear long-sleeved shirts or turtlenecks or more than a light jacket even when it's extremely cold.
I've also always been scolded for being "spacey" and seeming disinterested when I have to sit in one place for long periods of time without doing anything, such as in class or a meeting. I had problems with falling asleep in such settings and was admonished that I needed to "just get more sleep" and that I would be fired/kicked out of school if such things happened again. Nobody bothered to try and find out if I had any sort of medical problem which might be causing my fatigue and tendency to fall asleep.
I also have trouble sleeping at night, which cuts out the possibility of doing most jobs traditionally done during daytime hours. I was always admonished to "just switch your sleep schedule around," but have never been able to do it. I literally become depressed to the point of non-functional working your traditional 40 hours a week day job. I can't work more than four days a week or I'm worthless (as far as society is concerned) within a couple of weeks. When I become depressed to that degree, it's hard to bounce back.
So, here I sit deluding myself that I have writing talent. Except I really am not telling myself that I am particularly talented. I know that I have certain abilities when it comes to working with words. I always tested higher than my grade level when it came to skills such as writing and reading comprehension. I was in the top tier with my SAT scores in English back in 1983. In other words, I may not be a genius, but I do have abilities in this area. 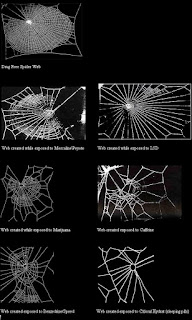 If my brain were a spider, it would be a spider on LSD or peyote. Just talking to me, I pass for normal. However, my thoughts do not process normally. Every story I write or collaborate on inevitably develops myriads of subplots, some of which end up branching off in entirely new directions.
I've noticed that most WAH bloggers are nice, normal people. I'm not normal. I'm a big, scary, tattooed lady with a spider-on-drugs brain and a shedful of psych issues. So, right away I'm on the outside looking in.
I've tried all my life to do things the way the nice, normal, perfect and pretty people do them, and it's never worked. The only thing that I can do is to be true to myself and to tell my tale. Maybe I'll inspire a few people to open their minds and view society's rejects through more compassionate eyes. That would be a worthwhile accomplishment. I only wish it paid a little better.
The late David Bowie once inquired: "so where were the spiders?"
They're right here in my brain, dear David. Weaving webs.