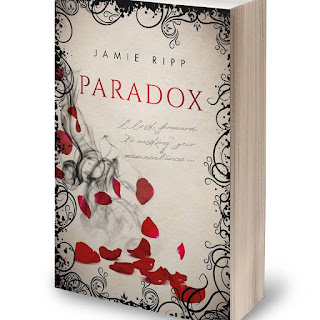 I give this book two out of five stars not because the story is bad but because it needs a lot of cleaning up in order to have a readable flow.
In some ways, a mixed review like this one is the most difficult kind for me, because I don't want to discourage the author. This is a book with incredible potential, but the story and its characters become lost in the chaos of overly lengthy chapters without a break in the action. The author has talent, but her technique needs to be honed.
Here are some of the issues I had with the execution of the story.
I feel that the prologue should have been divided into segments. Too much goes on in this section without clear breaks. The narrator, Nicholas, loses his family, then the voice switches from the first person to the third person. Nicholas finds the vampire clan and is turned into a vampire. His blood lust and desire for revenge are described, and at last, he finds his maker.
Each of these concepts needs its own separate section. When they are run together, it makes for frustrating reading and weakens the power of the narrative.
I do not think Nicholas' perspective should ever have been presented in the first person without having a plot device such as a diary to distinguish Nicholas' first-person voice from the story's major protagonist Arri's first-person voice. The fact that most of the story takes place from Arri's perspective makes the first-person accounts by Nicholas in the prologue confusing without a prop such as a diary to make the distinction clear.
The author tries to pack way too much information into a single chapter. A new chapter should be created each time the setting or situation changes significantly. Having so much action and so many changes in one chapter gives a run-on feel and is frustrating to follow.
Think of a book as a full meal which needs to be broken up into segments. Don't pile the appetizer, the main course, the salad, the sides, the bread, and the dessert all on one plate. Cut them into easily manageable portions. Similarly, the chapters of a story should be broken into manageable portions.
One of the reasons the Harry Potter books are so successful despite being extremely long is because J.K. Rowling and her editor(s) took great care to ensure that the story was simple to read without talking down to the audience. Similarly, Stephen King has often spoken about the necessity of writing concisely. Stephen King's books are by no means brief, but his meaty novels are broken down into bite-sized chunks with precise breaks whenever the scene shifts.
Unfortunately, Ms. Ripp's novel reads like a second draft rather than a finished book. The concept is compelling, but following the plot is like being lost in a maze. The editor in me would never have approved publication of the novel in its present form. The author's exciting ideas are mired down by overly complicated and drawn-out chapters.
I have sympathy for the potential out-of-pocket cost in hiring a professional editor. If cost is an issue, I suggest that the author request constructive criticism on her work from beta readers. The Insecure Writers Support Group and the Write-Edit-Publish group are good places to look for polite constructive criticism.
I hope that the author will continue honing her craft. She possesses talent as a storyteller but her execution needs further development.