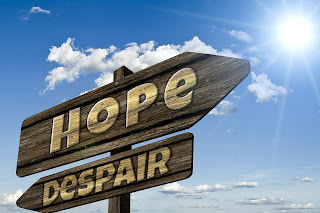 This post contains profanity. If that's something you'd rather avoid, you have been forewarned.

My first instinct is always that mental health issues have no business on a work from home blog, and I try to keep the gloomiest bits away from the Deliver Me blog. If anyone is interested in reading my less filtered thoughts on the subject, those reside on the Crazy Creatives Cheerleading Camp blog. This post will duplicate on Deliver Me, Crazy Creatives, and Horror Harridans Writing Sisterhood.
However, the truth is many people who are interested in working from home wish to do so because they live with mental health challenges. Also, I have seen a lot of positive changes regarding the discussion of psychiatric issues not only since the long-ago days of my youth when I was warned by my father that if it came out that I had ever seen a mental health professional no-one would want to hire me, but even since I finally received a proper diagnosis of type 2 bipolar disorder rather than the vague "depression with anxiety" or the incorrect "adult ADD" sixteen years ago.
I think it is important that the discussion of mental health issues not be hidden away in a musty attic and those stupid mantras like "stop that stinkin' thinkin'" go extinct sooner rather than later. The idea that people who are always happy and upbeat (or can at least pretend to be) are somehow superior needs to be put out to pasture and to fall in a sinkhole. Behaving as if people who are depressed can just "snap out of it" and are a burden or "seeking attention" for being unable to do so causes self-loathing, which helps nothing. It also sometimes gets people killed. This is an attitude that needs to be gone. 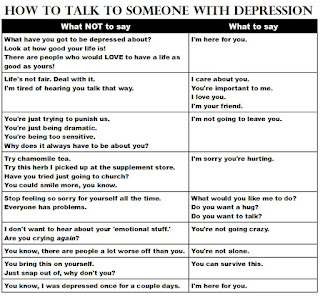