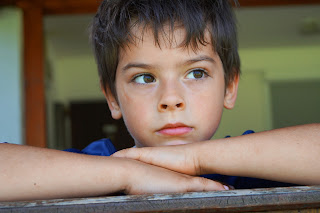 Do you want to know what makes me feel really stabby?
Scams that claim you can make BIG MONEY RIGHT AWAY!!111!!11 by doing activities like blogging or taking surveys or writing or pretty much anything else.
The likelihood of anyone making lots of money right away from any of these activities is extremely slim, and the people making these claims are, I'm sorry to tell you, scammers.
It's not fun to hear that you aren't going to be immediately successful in your new ventures, particularly if you need money really badly.
The ugly truth is, these scams are preying on people's desperation.
I hate to tell you how many literal thousands of dollars I fed into scams back in the 1980s, 1990s, and on through the 2000s believing that THIS ONE was going to be THE ONE that would finally get me out of debt, able to quit my lousy job du jour, able to finally support my family without struggling.
Yes, people do make money blogging. Some people even make their entire living that way. The ability to do this doesn't happen overnight. It takes time and hard work. Some people find an audience sooner than others. Making money from blogging is a legitimate possibility, but buying into a scam program WORTH 666 KAJILLION BUCKAROOS, BUT I'LL SELL IT TO YOU TODAY FOR JUST 666,666 QUATLOOS!!1!!!1!  is not the way to make it happen. If it sounds too good to be true, it probably is.
I've said it before and I'll say it a billion times more, and I'll keep on saying it till the day I die, and after I'm demised I'll come back on people's Ouija boards and say it:
DO NOT PAY FOR TOP SEEKRIT PAID SURVEY LISTS!
Did I ever do this?
Yes, I did.
Do you know what I discovered?
That these "top seekrit" paid survey lists give you the same links that a legitimate WAH blog like this one will give you free.
I make a small commission from sites like Cash Crate, Earnably, Fusion Cash, Inbox Dollars, Swagbucks, or Treasure Trooper if someone signs up through my link. You can visit my Paid Surveys page on this site for more and bookmark it to check for occasional updates. You will never be charged to join a legitimate paid survey site. Say "no thank you" (or something ruder) to those who would charge you for "insider information."
From an author standpoint, I have paid to have my poetry included in poetry anthologies. I paid thousands of dollars to Outskirts Press in the early 2000s to have a failed book and its failed revised version published. Outskirts Press said a lot of flattering things to me, and I swallowed the bait. I paid to have my books reviewed. I paid for them to write a press release. I paid for them to create an ebook version of my books on Amazon, something which I now do myself. I certainly wish I got $90 every time I uploaded a new ebook to Kindle.
I recommend that every independent author follow the Writer Beware blog. Forewarned is forearmed, or, as my old pal G.I. Joe always says, now you know, and knowing is half the battle. Besides, Ladies and Gents, we want the Real Prince, not the Frog-Breathed Fake. Again, if it sounds too good to be true, it probably is.
You may be wondering how in the ding-dong-diddly-doo I consider this sobering information to be inspiring.
Well...
I want to inspire you to save your time and money. I want to inspire you not to fall into flattering traps. I want to inspire you to real success, which generally comes on way more slowly than a montage in a feel-good movie. I want to inspire you to believe in yourself and trust your instincts, not to buy bag after bag of overpriced manure because some huckster is telling you that it will turn to gold if you just believe that you deserve it.
I want to inspire you to believe that you deserve not to be taken advantage of.
You really do deserve better than that. 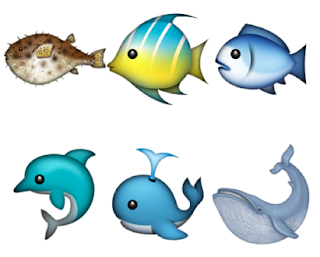