A Very Personal Post: My Hysterectomy and Sub-Par Treatment of Women and Larger Patients 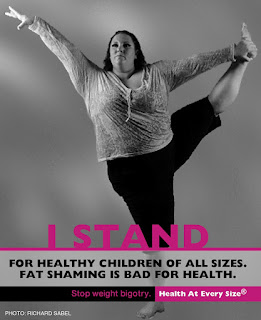 Ragen Chastain of Dances With Fat, a blog which people of every size should read

I normally try to keep my money-saving and life hacks blog confined to products, recipes, and apps which can help put money in your pocket and keep it there. However, sometimes I feel it is important to share personal and societal issues. This is one of those times.
I have blogged recently about having my eldritch horror of a uterus removed on December 17th. My uterus is full of polyps and benign fibroid tumors. There are other treatments for this (ablation, breaking up the tumors with ultrasound, hormones), but they tend to have to be repeated down the line. I no longer have a need for my uterus in this life. I feel that the most efficient course of action at this point is a once and done option: take it out and be done with it. Then there will be no future ablations, no future d and c's, and no more pap smears ever again in this lifetime. Weighing the pros and cons, I believe this to be the best option in my case.
Reflecting on the situation, my uterus probably should have come out ten to fifteen years ago. I always had brutal periods. I do not joke when I say I didn't bleed, I hemorrhaged. However, due to past trauma (sexual assault) and fear of being shamed for my body type (I am built similarly to Ragen, but am nowhere near as beautiful and graceful), I avoided having any sort of "well woman" type of exam for close to thirty years.
I feel like the current approach to focusing on a patient's weight first and, often to the exclusion of all else, is lazy medicine. Doctors fail to take into account that weight is only one part of the equation and correlation is not causation. There are multiple factors at play in a person's body type. DNA is the first and most powerful of these. 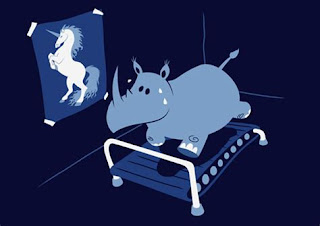