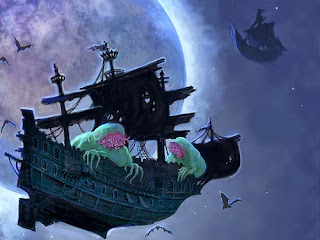 Here are some Moonbeasts flying through Dreamlands space in a black galleon. I am not sure who the artist is but will be happy to credit them. Sadly, it isn't me.

You must practice each night
If you hope to take flight
And visit Mr. Lovecraft's dream zoo 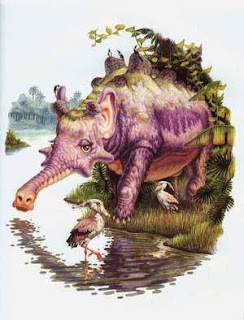 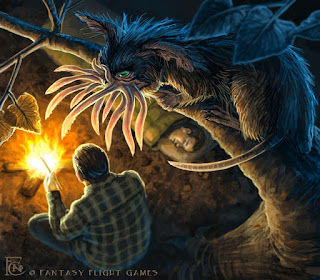 On closer look, the fairy is furry
It has a tentacled nose and may scurry
For you have chanced on a Zoog 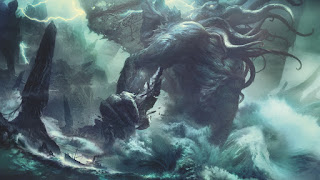 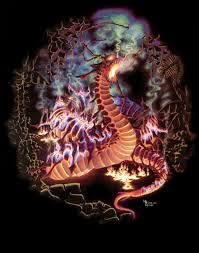 Image from the Call of Cthulhu Dreamlands supplement 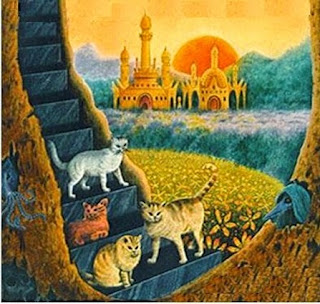 If you find yourself filled with fear
At all the horrors found here
The Cats of Ulthar are near
For Mr. Lovecraft loves cats too

Written with much respect for my longtime literary hero 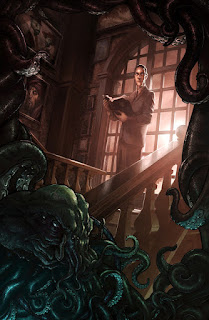 
I can't help but think that this classic deep cut from Iron Maiden is the perfect Dreamlands theme song.

Sparked by these prompts:

The prompt: Peruse Twitter bots that tweet the works of famous poets. While Lovecraft was better known for his prose than his poetry, my latest fictional foray addresses his 1927 poem, Nathicana. Also, I don't know if there is a Lovecraft Twitter bot. Lovecraft was simply my poet of choice. 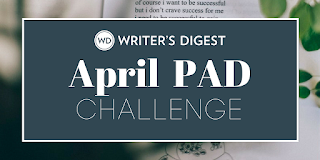 April PAD Challenge Day 8: Write a future poem. The Dreamlands can be accessed from any point in time, and many people consider Lovecraft to be a science fiction author. We from his future are still inspired by his steampunk visions.

April PAD Challenge Countdown Catch-Up Day 2: Write a hope poem.
I've always felt that the Dreamlands were, despite the myriads of lurking horrors, a place of hope. 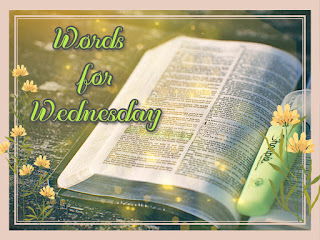 notes
With Cancel Culture being what it is, I suppose that I should explain that yes, I am aware that H.P. Lovecraft held xenophobic views. This is rather an oversimplification, neglecting to take into account his peculiar upbringing and strange life circumstances. Lovecraft was an introverted and depressive personality who feared further disruption in a life that had been filled with disruption for as long as he could remember. At the time of his death in 1937, those who knew him said that his xenophobic viewpoints had softened.

Lovecraft was married for two years to Sonia Greene, a writer herself and a patron of the arts. In her biography, she stated that he would write her long, romantic letters, but he never told her that he loved her. His mother was a deeply disturbed individual who imbued in him the idea that he was more monster than human (he is the protagonist in the story "The Outsider"), and his aunts were unaffectionate personalities as well. He expressed himself best through writing, which is a quality that I can relate to.

Those who corresponded with Lovecraft knew him to be a gracious and kind man with a dry sense of humor as well as a unique imagination. I first read his writing at fourteen years old, and I feel it would be a pity if future generations were deprived of his masterpieces due to the overly zealous thought policing so prevalent in modern times.

Try some Lovecraft on for size. If you purchase the book through the link, I will receive a small commission from Amazon.


HPL's twisted imagination continues to wreak havoc 83 years after his death. T 'was he and Stephen King who inspired the writing of this tale.

You can check out the King of Horror's contribution in this fabulous collection of Lovecraft-inspired spine-tinglers.